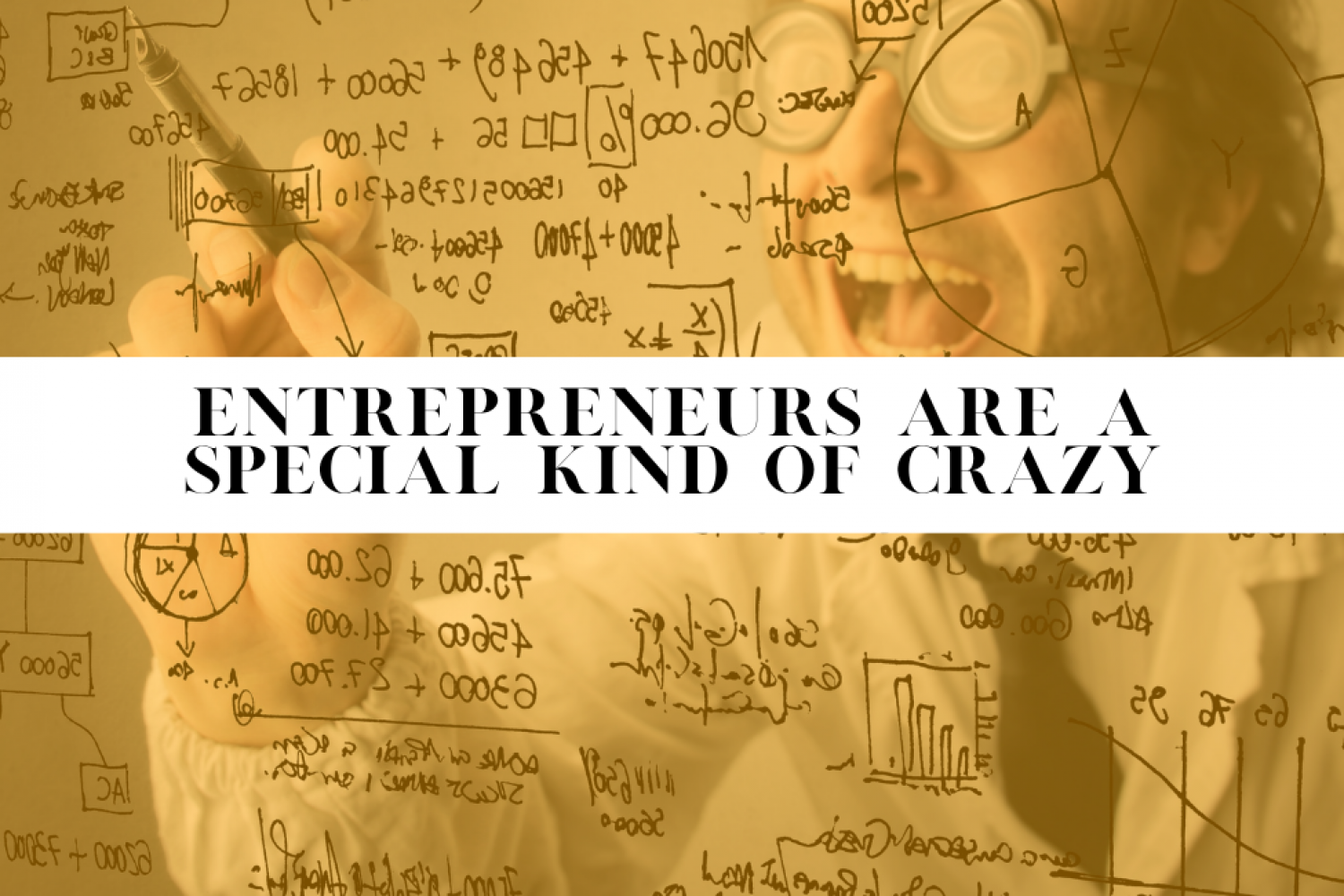 Just about everyone has an idea for a business they’d like to start. If you’ve ever seen an episode of Shark Tank, you know what I’m talking about. And even if you haven’t seen the show, you’ve heard your own friends and family excitedly toss out ideas about the business they’d open if they suddenly had time and money to spare. It’s always something they claim would revolutionize everything, an idea no one has ever brought to market….and sadly, probably never will!

That’s right; no matter how incredible your creative friend’s business idea is, odds are it will never see the light of day. That’s because a study done in 2019 found that out of 100,000 Americans, a mere 0.31% of people started a business. And of them, only about 30% would succeed after 10 years. As these stats suggest, when it comes down to it, very few people have the guts to see through their ideas.

But obviously, a select few people do have the guts, as new businesses open every day. So, who are these crazy people who turn their ideas into businesses? Well, to start, we know they’re at least minimally competent despite the crazy streak—because you can’t run a business without some sort of competency.

And yet, they’re just wild enough to turn away from a good paying, secure job and risk everything on the belief that they can create something of value. If you’ve ever read the book Outliers by Malcolm Gladwell, this is the person he was writing about.

Entrepreneurs like this have to put in 10,000+ hours and be almost obsessive when it comes to confidence, as they’re going against everything that is safe, secure, and normal to go out on their own. They’ve probably been called all kinds of not-so-flattering names by normal people who are befuddled by their need to constantly go against the grain…but we’ll just call them outliers.

Does that description remind you of anyone? Maybe yourself? Well, it reminds me of my dad! He was one of those people, a serial entrepreneur. Except he wasn’t like the ones you read about where they start a business, sell it, make millions, and use that profit to buy other businesses. My dad would start a business, it would fail, and then he’d try to figure out what went wrong so he could start another one that would hopefully succeed. He certainly never gave up like a “normal” person would; he was that special kind of crazy!

And you really have to have that craziness to survive those first few years of being in business for yourself. After all, I think the first $3 million you make is definitely the hardest. But after that, things start changing. Once you get your idea off the ground and you’ve got a business model that’s working, you should swing from embracing that craziness to getting serious about setting the process in place so the business can grow.

So, the million-dollar (or $3 million?) question is: Am I that special kind of crazy that most entrepreneurs are? Actually, no! Surely this comes as a shock to my friends and family—who would never call me normal—but I don’t think I could have ever done what a lot of these fearless entrepreneurs do. I couldn’t have made that first $3 million.

And yet, when my dad got sick and needed me to take over, I was able to use my own set of skills to take us from $3 million to over $40 million. In doing so, I realized:

So, what’s the takeaway here? It takes a special kind of crazy to start a business…but it takes a different set of skills to keep it running long term. Whether you’re like my father or me, you can run a successful business using your own set of skills.

Just make sure you know yourself and what talents you bring to the table. You may be a crazy risk-taking entrepreneur who lacks focus for the mundane details of day-to-day operations…or you could be the type to analyze and avoid risk so you can focus on growing the company into a large business.

Either way, there are paths to take to allow both types to succeed in business, and my book can guide you along the way. Reserve your copy today to ensure you’re the first to read inspiring quotes, cautionary tales, and everything in between that I’ve learned over the last two decades as a business owner!