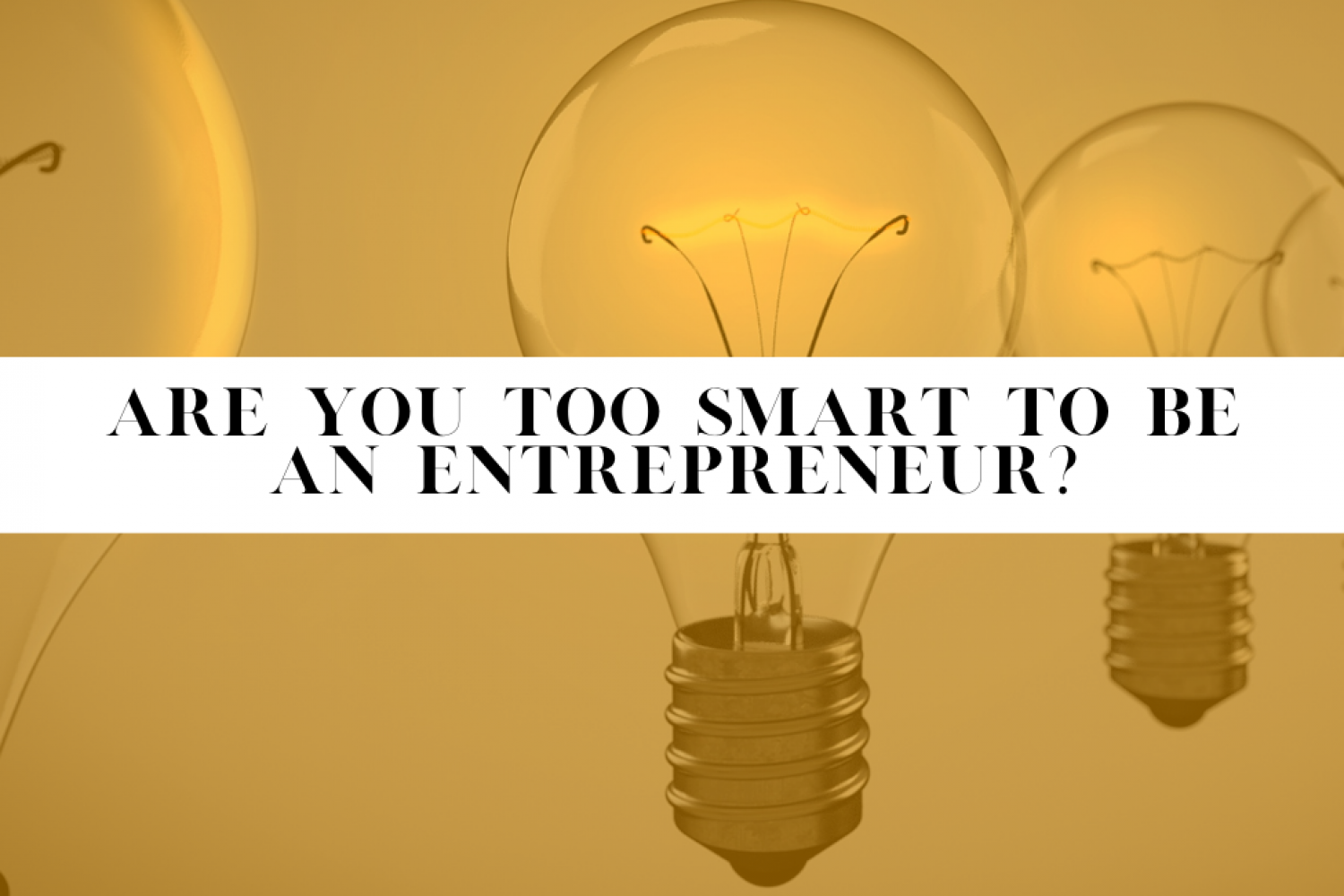 If you’re struggling to start your own business, you’ve probably had moments where you felt inadequate or even downright dumb. I know I have. But the problem might actually be that you’re too smart to be an entrepreneur, and that’s why you haven’t been able to leave your job and finally open that business you’ve been dreaming about for years. Wait, too smart? It sounds odd, but hear me out here!

Starting a business is hard. If we’re being realistic, you know you’re going to have months—or maybe even years—with little to no income. And you’re certainly not going to have health insurance, a 401k, or a fridge stocked with free drinks like so many established companies offer their employees. You’ll have to pay for all that out of pocket, and let’s face it—it might be a while before you can afford any of that, if ever!

Basically, you would practically have to be an idiot to leave a well-paying job with benefits to start a company when the failure rates of new companies are so high. So smart people tend to stick with their steady 9-5 jobs, where they know they’ll be getting a paycheck every two weeks and maybe some perks on top of that—like paid time off, which you sure don’t get when you’re starting a business. When you look at the pros and cons, it’s really a wonder how anyone starts a business, especially when they’re intelligent and competent!

Maybe that explains why so many smart people I’ve known never started their own business, and I’ve been around a lot of them. After all, I went to Rice University for my MBA, and I felt like many of the people I went to school with were absolutely on another level of intelligence. Personally, I never considered myself a super intelligent person, and after going to Rice with these colleagues, I was even more sure of that.

I started doubting myself, thinking these men and women were incredibly smart and would surely make great, successful business owners once they decided to become entrepreneurs. But eventually, I noticed that most never did. Sure, they talked about starting their own business a lot, but in the end, most stuck with the stable 9-5 jobs they had.

That’s when I realized they were too smart to start. They’d rather stay with their well-paying jobs because that made the most logical sense to them. They suffered from analysis paralysis as many smart people do, and that stopped them from starting their own business.

And it makes sense, because if you really thought about all the reasons you shouldn’t start a business, you would never start one! The bad often outweighs the good, especially in the beginning, and only a small percentage of people actually succeed.